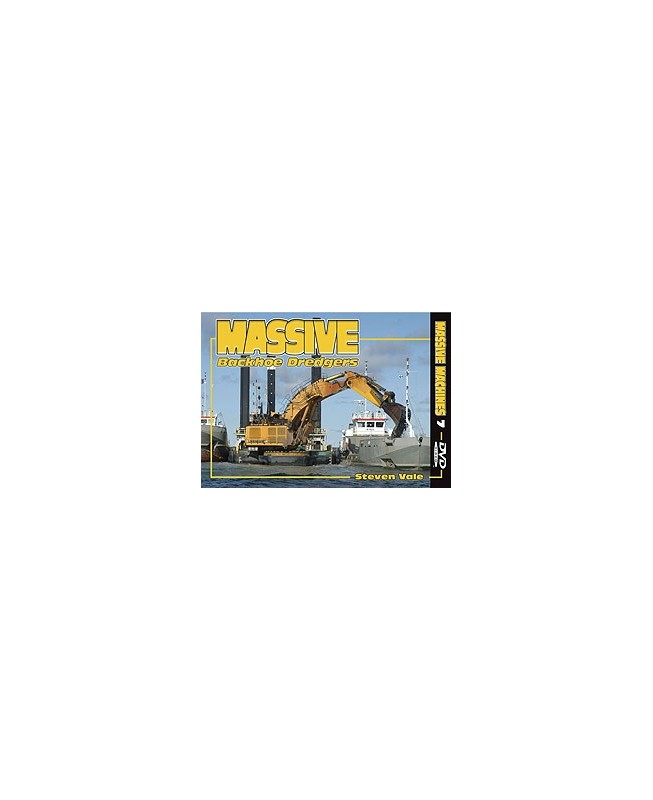 Express shipping in 24h with DHL/UPS/TNT

Steven Vale shows some of the world's largest and most powerful hydraulic backhoe dredgers at work on their pontoons. These enormous machines – often adapted mining excavators – serve the needs of ports, deepening their seaways and building new facilities to handle ever-larger cargo vessels.

By UK standards, machines shown in the first part of the programme such as the Liebherr P964 and Caterpillar 375 are impressive. However, Steven moves on to some truly massive floating dredgers. Developing the southern end of Felixstowe's Trinity terminal is 'Maricavor' a 300-tonne Komatsu PC3000.

At work in the Finnish Gulf of Bothnia are two Hitachi EX1900s and 'Nordic Giant', a Liebherr P995 that shifts 12,000 cubic metres of material a day. An even larger Liebherr, a 520-tonne P996 capable of reaching down to 37 metres, is operating in the hazardous seas off the Belgian coast at Ostend. Hazardous because of the unexploded bombs it regularly dredges up.

Steven Vale uses interviews to highlight some of the choices and issues faced by the operators of these machines. He also takes us into an exciting future with footage from the Pacific of a Backacter BA1100 whose 25 cu metre bucket lifts 810 cu metres an hour at 20 metres depth. Constructed by De Donge Shipyard in the Netherlands – and we see construction in progress – this is one of the new breed of dedicated marine dredgers competing in the market against adapted machines

12 other products in the same category: